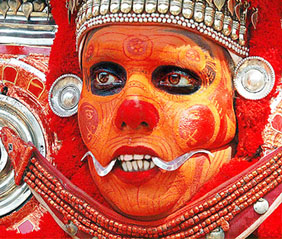 Tourism is one of the world’s largest and fastest growing Industries in the world. It involves movement of millions of people all over the world. Tourism does not exist in isolation. It is characterized by transport, locale and accommodation. The fundamental elements of tourism include pleasing weather, scenic attraction, historical and cultural factors, accessibility and amenities. Tourism is a smokeless industry, which can bring economic development through generating employment, increasing foreign exchange and creating infrastructure facilities in the host country. It is smokeless in the sense that it makes minimum damage to the environment and ecology.

There are different types of tourism depends upon the interests of the people. One of the interesting type is the Cultural tourism. Cultural tourism is defined by Tourism industry professionals as "Travel directed toward experiencing the arts, heritage and special character of a place.“Culture is a main attraction of tourism. Without culture to make a difference, a tourist site would be a boring place. Without different cultural heritages, therefore, places across the world would have little to offer as attractive tourist sites. Festivals provide an opportunity for the local people to develop and share their culture, which create a sense of values and beliefs held by the individuals in a local community. Festivals provide the tourist the opportunity to see how the local communities celebrate their culture and help the visitors to interact with the host community.Festivals play a major part in a city and local community. Festivals are attractive to host communities, because it helps to develop local pride and identity for the local people. The peoples and communities that host the festival provide the visitors with a vibrant and valuable culture.

There exists centuries old connection between Kerala and Foreign nations. Initially tourism was centred on beaches. Later on Auyrveda, Backwaters, festivals, Hill stations found place in Tourism. Today Kerala is actively marketing products like Beaches, Backwaters, Adventure, Heritage, folklore, Pilgrim, Medical and Eco tourism in the world market. Promotion of Responsible tourism is also getting much attention in Kerala.Kerala showed a growth rate of 24% in Tourism during 2013- 14. This is well above the national average. Last eight years growth was a tremendous 19.3%. The highlight of this tourism growth rate is the concentration of high-ending tourist arrivals to enjoy the Kerala products.

North Malabar ( especially Kannur and Kasaragod Districts) in Kerala state is an ideal destination for Cultural and Pilgrim Tourism. By bringing cultural heritage to the economic circuit, one can accelerate the beneficial aspects of tourism that justifies the investment. If Kerala can be branded as “Gods Own Country” The North Malabar is the “Gods Own Land”, where one can see, hear, talk and experience the God or Theyyam (Theyyam means Daivamie. God). The real attraction of Malabar lies in the people with cultural diversities, distinct belief and tradition, whose daily life is influenced by the innumerable deities and Gods. Very few entrepreneurs are aware of the fact that Malabar is the land of diverse culture where Theyyams are performed for the goodness and welfare of common man. This is the land where intellectual discourse of highest order is being performed annually, an important centre of indigenous martial art. A tourist entering the district can see a number of pilgrim centres apart from tourist spots. The entire area can be best expressed as a Pilgrim Circuit with innumerable temples, mosques, churches, cultural, spiritual and meditation centres. An action plan has been drawn using the cultural-pilgrim-festival products to form a tourism circuit. It will be wise for a tourist to visit all the products in the circuit to make the travel fruitful.

A divine art form that is quite popular in the Northern district of Kerala especially in Kannur and Kasaragod, which attracts global attention is Theyyam. It is divine ritual dance form that embodied with myth, dance, music, art etc. The word itself comes from ‘Deivam’ which means God in Kerala language. There are more than thousands of sacred groves attached to the ancestral houses (Tharavadu) and lot of independenttheyyamtemples in the region to perform theyyam. There are more than 4oo different types of theyyam perform in these various temples. Theyyam is mainly considered as living God “Gods of Malabar” which comes out in the month of October last week until June first week every year. (In ParassinikadavuSreeMuthappan Temple it is conducted throughout the year).

People travel from around the region and cross India to receive personalised blessing from these manifestations of the Hindu pantheon. People around the globe come here to watch the theyyam, to study about the theyyam, to do the research, photography and videography, theyyam documentation etc. More over Kannur is one of the best places to come and stay. The Kannur airport will come to the reality soon. Within two years the airport will function.

Kannur, also known as Cannanore is a beautiful city located at northern part of Kerala State, India. Kannur, a beach town, is the largest city in the northern region of Kerala and the administrative headquarters of Kannur district consisting of many towns and villages which includes Thalassery town (called as Thelicherry during the colonial era), the first heritage town of Kerala due to its historical significance. Kannur often known as the “crown of Kerala” because of its natural treasures is edged by the Western Ghats in the east, Kozhikode and Wayanad districts in the south, Lakshadeep Sea (Laccadive Sea) in the west and Kasargod in the north. Kannur is popularly known as the city of Looms and Lores because of the loom industries functioning in the district and ritualistic folk arts called Theyyam held in temples. Kannur has rich culture, history and traditions that are often connected with many scholars and legends from this region.

As Kerala offers many popular tourist destinations, Kannur is considered one of the best tourist spot in north Kerala. Kannur, on the other hand, is the 4th largest city after Kozhikode.

The foundation stone of the project was laid in December 2010. Works were started by Larsen & Toubro on the runway, taxiway, apron and other airport-related infrastructure, before the official inauguration.The first flight is expected to land at the airport in the Indian state of Kerala by the end of December 2016 and the second phase of construction, including the terminal building and air traffic control, are set to begin by May2016.Kannur will be Kerala's fourth international airport and is expected to cost around €201 million, and is the second greenfield airport being built in public-private partnership model in the Kerala state.It is being constructed on a 2,000-acre site in Moorkanparamba, 25 km away from the city centre and is owned by public company.